Powtegic > Blog > News > Oshkosh JLTV vs AM General Humvee: Which is the better military vehicle

In terms of raw military power, there is no doubt that the Oshkosh JLTV is the superior vehicle. It is faster, more heavily armed, and better protected than the AM General Humvee. However, the Humvee has some advantages of its own. It is cheaper to produce and maintain, and its smaller size makes it more agile and easier to transport. Ultimately, the decision of which vehicle is better depends on the specific needs of the military force in question.

The Oshkosh JLTV is a military vehicle that was designed and built by the Oshkosh Corporation. It is an allterrain, fourwheel drive vehicle that is intended to replace the aging fleet of Humvees currently in use by the United States Military. The JLTV was designed with input from all branches of the military, and it features a number of improvements over the Humvee, including a more powerful engine, better suspension, and improved armor protection.

The JLTV entered production in 2015, and it is currently being fielded by the United States Army and Marine Corps. There are plans to eventually replace all of the Humvees in use by the military with JLTVs, but the process will take several years to complete. In the meantime, the JLTV is proving to be a valuable asset for the military, and it is quickly becoming the goto vehicle for many missions.

Over the past few years, the Oshkosh JLTV has become one of the most popular military vehicles in the world. Thanks to its superior design and performance, the JLTV has proven itself to be a reliable and effective vehicle for a variety of missions. Here are some of the advantages that make the JLTV an ideal choice for militaries around the globe:

Superior offroad capabilities: The JLTV was designed from the ground up to excel in offroad conditions. With its advanced 4×4 system, the JLTV can tackle any terrain, no matter how rough or tough it may be.

Increased payload capacity: The JLTV can carry up to 5,100 lbs of cargo, making it ideal for transporting supplies and equipment.

Advanced protection: The JLTV is equipped with stateoftheart armor that can protect against a variety of threats, including roadside bombs and small arms fire.

These are just some of the reasons why the Oshkosh JLTV is quickly becoming the vehicle of choice for militaries around the world. With its superior design and capabilities, the JLTV is ready to tackle any mission, no matter how challenging it may be.

The AM General Humvee is a four-wheel drive military light utility vehicle produced by the American manufacturer AM General. It was created for the United States armed forces and first used in combat during the Gulf War in 1991. More than 280,000 Humvees have been built since its introduction and it has seen service in more than two dozen countries.

The Humvee was designed to replace the aging fleet of Jeep CJs and M151 jeeps that were used by the US military at the time. It is much larger and heavier than either of those vehicles, and is powered by a V8 engine. The Humvee has four-wheel drive and can seat up to nine people. It is armed with a machine gun and can be fitted with armor plating.

The Humvee has been criticized for its lack of protection from improvised explosive devices (IEDs) and small arms fire. In response, the US military has developed a number of up-armored versions of the vehicle. These are heavier and more expensive, but offer improved protection for the occupants.

Despite its drawbacks, the Humvee is still in use by militaries around the world and remains an important part of the US military’s ground forces.

These advantages make the Humvee a good choice for militaries on a budget or for missions that require a lighter and more maneuverable vehicle.

There is no clearcut answer as to which vehicle is the better military option the JLTV or the Humvee. Both have their pros and cons that must be considered in order to make a decision. The JLTV is faster and more agile than the Humvee, but it also costs nearly twice as much. The Humvee has a longer range and can carry more cargo, but it is not as maneuverable as the JLTV. Ultimately, the best decision will come down to what the specific needs of the military are and which vehicle can best meet those needs. 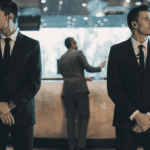 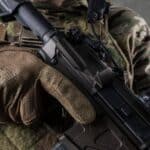