The United States military uses a variety of different uniforms, which are designed for specific purposes and situations. Depending on the branch of the military, and the type of mission, soldiers may find themselves wearing anything from a simple tshirt and cargo pants, to a full battle dress uniform complete with body armor.

Here is a look at some of the different types of combat uniforms worn by members of the US military:

The Battle Dress Uniform, or BDU, is the standard combat uniform worn by soldiers in the United States military. It is a practical and durable clothing item that can be used in a variety of different combat situations. The BDU is typically made from a blend of cotton and polyester, which makes it comfortable to wear and easy to care for. The BDU is available in a variety of different camouflage patterns, which helps soldiers to blend in with their surroundings and remain hidden from the enemy. The BDU is also equipped with a number of pockets and pouches, which allow soldiers to carry all of the necessary gear and equipment they need for combat.

The DCU is a combat uniform that was designed for use in desert climates. It is made from a lightweight and breathable fabric, which helps to keep soldiers cool in hot weather. The uniform is typically worn with body armor, and includes a desertthemed camouflage pattern.

DCUs are typically used by soldiers who are deployed to desert regions, or who are training in those environments. They offer a high level of protection from the sun, and help to reduce the risk of heat exhaustion. In recent years, the DCU has been replaced by the ACU (Army Combat Uniform) as the primary combat uniform for the US Army. However, many soldiers still prefer to wear DCUs in desert climates.

The Army Combat Uniform (ACU) is the standard uniform worn by soldiers in the United States Army. It is a camouflage pattern uniform, which is designed to help soldiers blend in with their surroundings and be less visible to the enemy. The ACU consists of a jacket and pants, both made from a lightweight, breathable fabric. The uniform is also equipped with a number of pockets and pouches, which soldiers can use to carry equipment and supplies. The ACU is the uniform of choice for most soldiers during combat operations, as it provides both camouflage and protection from the elements.

The Marine Corps Combat Utility Uniforms (MCCUU) is the standard combat uniform worn by Marines. It consists of a camouflage utility shirt and trousers, both made from a material known as Nylon/Cotton Ripstop. The MCCUU also includes a webbing belt, widthadjustable suspenders, and 8inch boots. Marines may also wear body armor and other protective equipment over their uniform.

The MCCUU is designed for use in a variety of combat situations, and can be customized to the individual Marine’s needs. For example, Marines may choose to wear different types of camouflage patterns, depending on the environment they will be operating in. They may also add personal items such as flashlights or knives to their webbing belt, or wear different types of headgear depending on the mission.

The MCCUU is a versatile and practical uniform that helps Marines to be prepared for any situation they may encounter in combat.

The Navy Working Uniform, or NWU, is the standard uniform for sailors who are not on shipboard duty. The NWU consists of a blue digital camo blouse and trousers, with a navy blue 8point cover. Sailors can choose to wear either brown or black boots with the NWU. The NWU is comfortable and practical for sailors who are working on landbased assignments.

The NWU is not appropriate for shipboard duty, due to the risk of the fabric snagging on equipment or getting caught in moving parts. For shipboard duty, sailors wear a more rugged and durable uniform, such as the Navy Working Uniform Type II or III.

The Navy Working Uniform Type II and III are both variants of the standard NWU. The main difference between the two is the fabric; Type II is made from a more rugged and durable fabric, while Type III is made from a lighter weight and more breathable fabric.

Both the Navy Working Uniform Type II and III are available in a variety of camouflage patterns, depending on the sailor’s specific needs.

The Airman Battle Uniform, or ABU, is the standard uniform worn by members of the United States Air Force. The ABU was first introduced in 2007, and is a camouflage uniform made from a comfortable and durable fabric known as Nomex. The ABU is designed to be worn in a variety of different situations, including deployment, training, and office work. The uniform consists of a jacket, pants, and headgear, and can be accessorized with a variety of different items, such as vests, belts, and gloves. The ABU is available in a variety of sizes to ensure a perfect fit for every Airman.

The A2CU, or Army Air Corps Uniform, is a type of combat uniform specifically designed for use by soldiers in the United States Air Force. The uniform is made from a lightweight, breathable fabric that helps to keep airmen cool and comfortable in hot climates. The A2CU typically includes a tshirt, cargo pants, and a jacket. The uniform can also be customized with additional gear, such as body armor, depending on the mission or job requirements.

There are a variety of different military uniforms that are designed for specific purposes and situations. The type of uniform worn by a soldier will depend on the branch of the military they are in, and the type of mission they are undertaking.

Each uniform has its own unique features and benefits that help soldiers to be prepared for any situation they may encounter. Whether it is the versatile and practical MCCUU worn by Marines, the rugged and durable Navy Working Uniforms, or the airy and comfortable A2CU worn by Air Force soldiers, each uniform is designed to help soldiers to do their job in the best way possible. 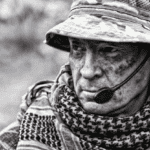 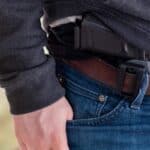